Gut infections can be a major source of efficiency loss, downtime and additional costs for veterinary treatment. To maintain a healthy gut, it is definitely key for a pig to digest and absorb dietary nutrients efficiently. A balanced microbiota (i.e., a healthy micro-ecosystem) is an indispensable constituent of a healthy gut. 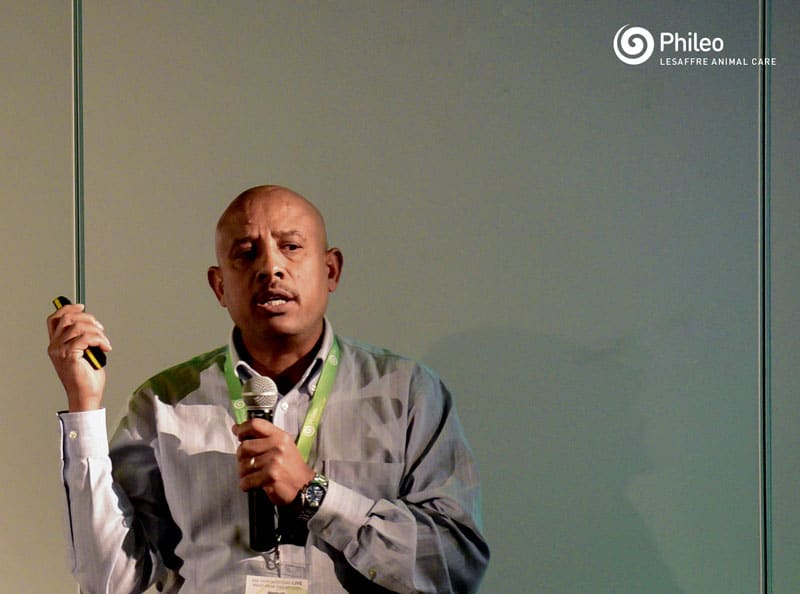 This study was conducted to investigate the effect of Actisaf® to pig diets on the fermentation of feed residues recovered following enzymatic digestion of wheat, barley, corn, soybean meal (SBM), canola meal, as well as wheat and corn distillers dried grains with solubles (wheat DGGS) and corn DGGS).

Total gas produced over 72h incubation of fecal samples was modeled for each ingredient and the kinetics parameters compared between yeast supplemented and control groups. Volatile fatty acids were also measured and the molar ratio of each short-chain fatty acids (SCFA) compared at 12 and 72h of incubation.

Data showed that supplementation of lactating sow diet with Actisaf® had a significant positive effect on all the parameters of fermentation kinetics (p<0.0001) by increasing the total volume of gas produced (A; mL g-1 DM), increasing the rate of gas production (Rmax; mL g-1 DM. h-1) and decreasing the time required to reach the maximum rate of fermentation (Tmax; h).
The probiotic yeast Actisaf® also significantly increased the total amount of volatile fatty acid production both at 12 and 72 hours of incubation (p<0.0001). Furthermore, there was a significant correlation between the amount of gas accumulated and the concentration of total VFAs determined at 72h.

In conclusion, Actisaf® increases the rate and extent of fermentation of various feed ingredients with increased production of SCFA which contributes to better performance and healthy gut in pigs.
Actisaf® has several beneficial effects, such as promoting the development of favorable intestinal flora in the piglet, reducing coliform bacteria in the gut and improving the energy value of rations.
References available upon request.

This presentation of Dr. Tadele Kiros Gebreyohannes, Swine R&D Manager, is part of the Phileo Swine and Poultry Symposium Reducing Antibiotic use: Turning Change into Opportunity.
The 20 international speakers focused on the central theme of reducing antibiotic use and embracing the opportunities presented by a global market that is evolving rapidly on this topical issue.

Discover all about the Rome symposium
We use cookies to ensure that we give the best browsing experience on our site and to analyze site traffic anonymously. Accept Reject Read More
Privacy & Cookies Policy
Necessary Always Enabled