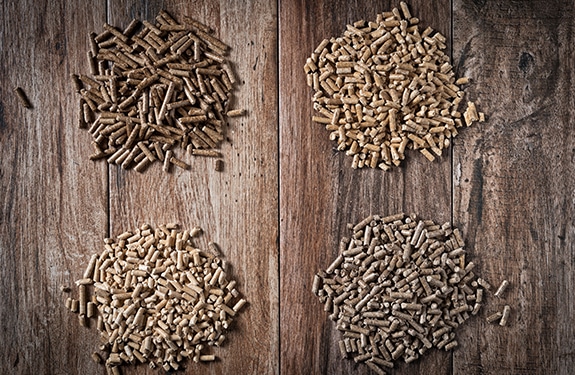 The production of pelleted feed is a complex and expensive activity. Optimising the manufacturing process is therefore important to maintain production profitability, making it necessary to collect all relevant data along the processing chain. It is also essential to understand the parameters that affect the pelleting process. Evaluation needs to address three key factors: pellet quality, animal productivity and energy consumption. To do this, it is necessary to have a suitable programme, customised for each individual production line.

Pelleting was introduced into the European and U.S. feed industries in the 1920’s and late 1930’s, respectively. Since then, its popularity has grown steadily, to the extent that about 80% of all U.S feed is currently pelleted, with total global production of processed feed now exceeding one billion metric tons per year (Rojas and Stein, 2017). The process is widely used because of the physical and the nutritional benefits it provides. Observed improvements in animal performance, based on extensive feeding trials, have been attributed to pelleted feeds generating less wastage, lower selective feeding, less ingredient segregation, the need to devote less time and energy to prehension, destruction of pathogenic organisms, thermal modification of starch and protein and improved palatability. Research has concentrated primarily on the benefits of feeding pellets versus meal. This has highlighted the importance of pellet quality (Yasothai, 2018).

In the poultry industry, for example, pelleting has become the most extensively used thermal processing method in feed production, based on the use of pelleting to agglomerate ingredient particles by mechanical action, in combination with moisture, pressure and temperature. Pelleted diets, produced in this way, have been shown to increase feed intake, feed conversion ratio and weight gain, when fed to broilers. Further analysis indicates that the positive effect of pelleting on broiler performance is due, at least in part, to improved nutrient digestibility, increased feed consumption and increased resting time in the broilers being fed, resulting in lower energy expenditure by birds during their feeding activities(Kiarie and Mills, 2019).

However, this better performance can only be achieved if the pellets being fed to birds maintain their integrity until they’re eaten. In this context, pellet quality is defined according to the ability of the pellet to resist fragmentation and abrasion during handling without breaking up, enabling the pellet to reach feeders without generating a high proportion of fines or fragments (Keysuke Muramatsu et al., 2015).

Pellet durability index (PDI) is one of the key parameters used to determine pellet quality, indicating the percentage of pellets that remain intact after being exposed to mechanical forces. Pellets are subject to friction, impact and pressure during storage, transport and dispatch from the feed mill to farms. Poor-quality pellets disintegrate under such pressures, resulting in feed consisting of fewer complete pellets and an increased percentage of fines. If, in such circumstances, the geometric mean diameter (GMD) of fine particles is equal or lower than that of mash diets, then these particles may cause a nutritional imbalance in feed chemical composition, potentially having a negative impact on animal performance. The evaluation of diets with different combinations of pellets and fines, showing that birds fed a 100% pellet diet achieved the highest weight gain and feed conversion figures while the worst results were seen in birds which were fed 100% fines (Keysuke Muramatsu et al., 2015).

The primary objective of pelleting, of course, is to produce a palatable, high quality product with minimum production expense. Factors influencing pellet quality, such as grinding, mixing, conditioning, pelleting techniques and cooling are therefore important and potentially fertile areas for securing further pellet quality improvements (Figure 1). This includes pellet press settings, which have been shown to impact on the technical quality of pellets and therefore the profitability of the pelleting process.

There is also limits to the ﬁneness of the particle size which should be used in diets from a health perspective. Very ﬁne particles, for example, have been found to negatively affect gut health due to being linked with higher incidences of stomach ulceration in pigs and gizzard dysfunction in poultry.

The need to achieve pellets with high physical quality and to reduce potential levels of feed-borne pathogens, such as Salmonella, has therefore led to the application of relatively high conditioning temperatures during conventional hydrothermal processes, a practice that doesn’t favour high nutrient utilisation or the stability of heat sensitive feed additives, such as feed enzymes. As such, within evolving pig and poultry production practices, feed processing systems will no longer be evaluated only in terms of optimising nutrient utilisation, but also in terms of impact on feed hygiene, the efﬁcacy of feed additives, animal health and food safety (Kiarie and Mills, 2019).

While the beneﬁts of feed processing in terms of animal performance and economics are proven, therefore, the need for every-improving pellet quality, nutrient digestibility, protein denaturation and milling eﬃciency will continue to stimulate innovations in feed manufacturing.