The objective in layer production is to produce 500 eggs per hen by 100 weeks of age. This creates constant stress for birds due to the passing of protein, fat and energy into their eggs, resulting in chronic physiological inflammation. Some bacteria, like E.coli, can profit from this intestinal status, growing and having an impact on gut health. As 70% of the immune system capacity of birds is concentrated in the gut, the smallest enteritis can impact egg production and make birds more sensitive to disease. Maintaining good gut health is important for transforming feed into eggs and protecting farmers’ margins.

Giving Safmannan® to high performing birds has been shown to reduce the effects of production stress and enhance gut health.

A trial at Shandong Agricultural University, China, in 2015, involved 3 different groups of hens in cages from 12 weeks old to 29 weeks. One group had no supplementation and no density stress (550 cm²/layer = low density (Chinese standards). Another group had no supplementation and density stress (333 cm²/layer = high density). The third group, supplemented with Safmannan® at 250g/ton, had high density (HD) stress. 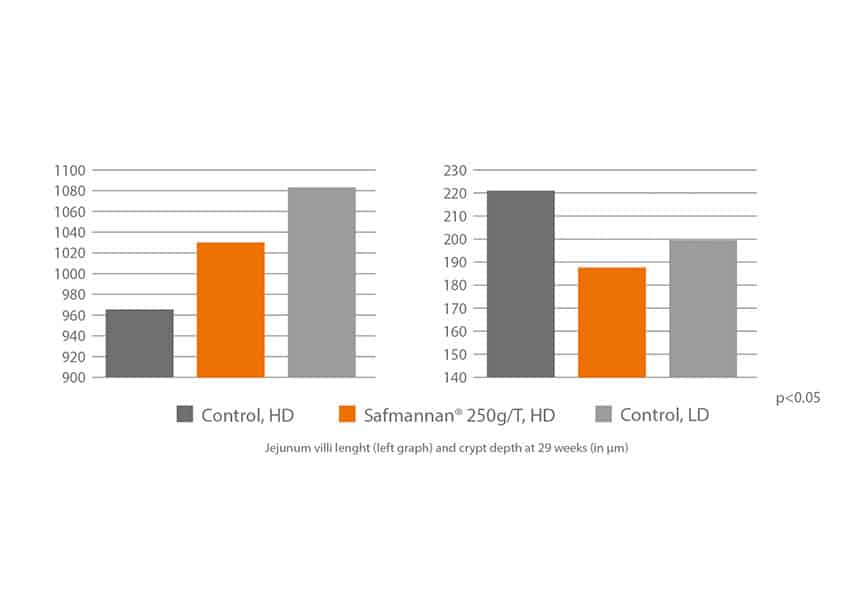 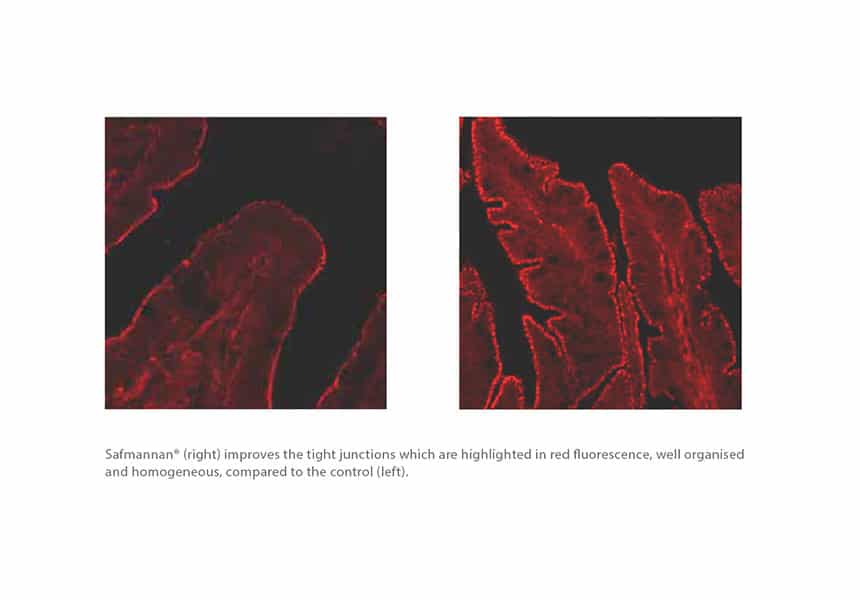 A trial was also run by IRTA to assess the effect of Safmannan® on tight junction integrity. The fluorescence method was used, which highlights ZO-1, the main protein comprising the tight junction, at the surface of the villi. The spots of fluorescence were more intense in the Safmannan® group than in the control. This demonstrates improved tight junction integrity, due to Safmannan®, after a local inflammation challenge. This helps reduce the passage of fluids from blood circulation into the gut, thus avoiding leaky gut and wet faeces.

In the Shandong Agricultural University trial, E.coli (potentially pathogenic bacteria), and Lactobacillus (beneficial gut bacteria), were enumerated in ileum and jejunum at 29 weeks, the end of the trial. 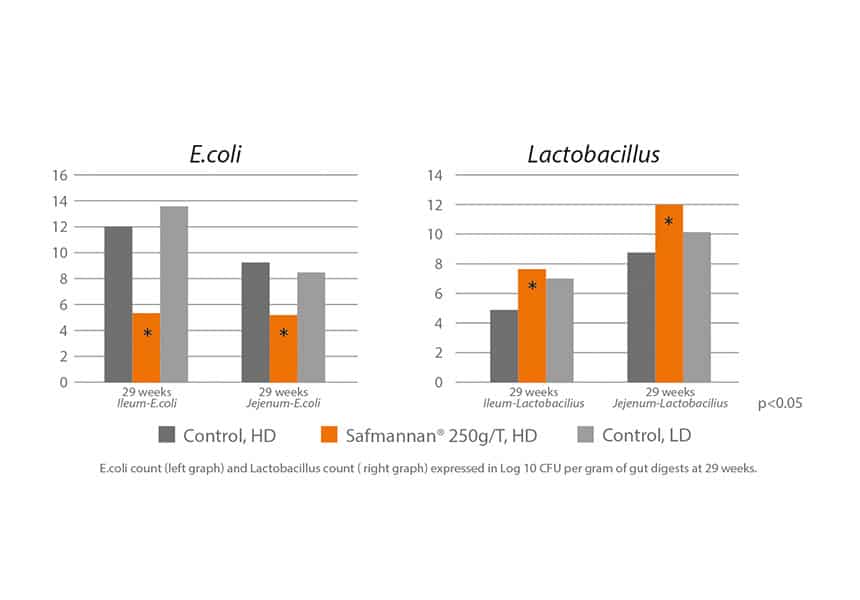 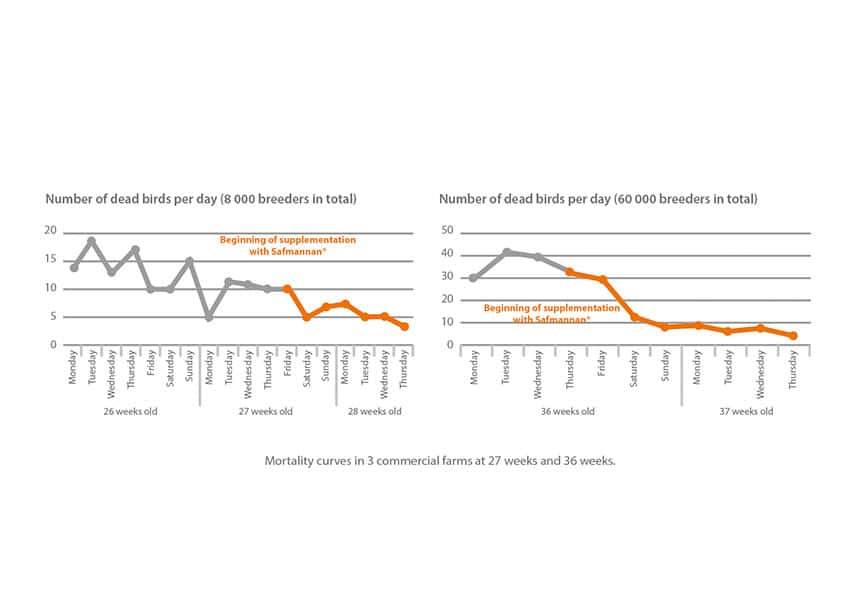 In vitro trials with Safmannan

Several in vitro trials have demonstrated the capacity of Safmannan® to bind fimbriae of Gram- bacteria, like E.coli. This is useful on commercial layer farms when peaks of mortality, due to E.coli, occur during egg production, when antibiotic treatment is forbidden without egg disposal.

The following data comes from an 8000-bird UK breeding farm and 2 layer farms in Poland, each with 60,000 birds. The farmers involved observed a decrease in mortalities within 48 hours following Safmannan® supplementation. E.coli gut populations were drastically reduced.

Find out more about layers management 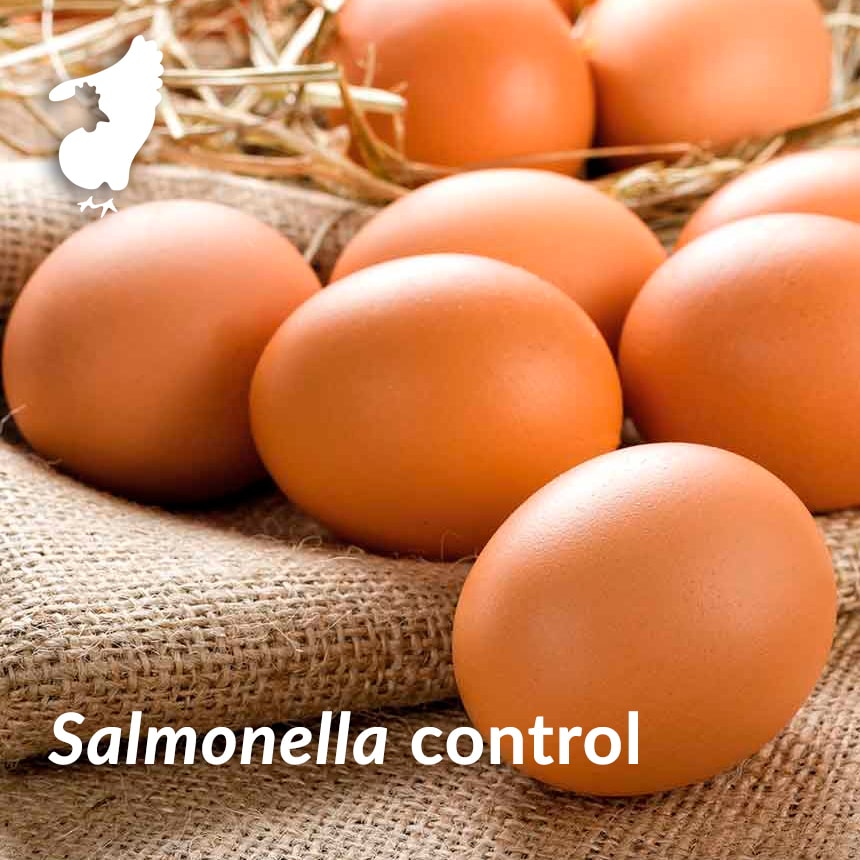 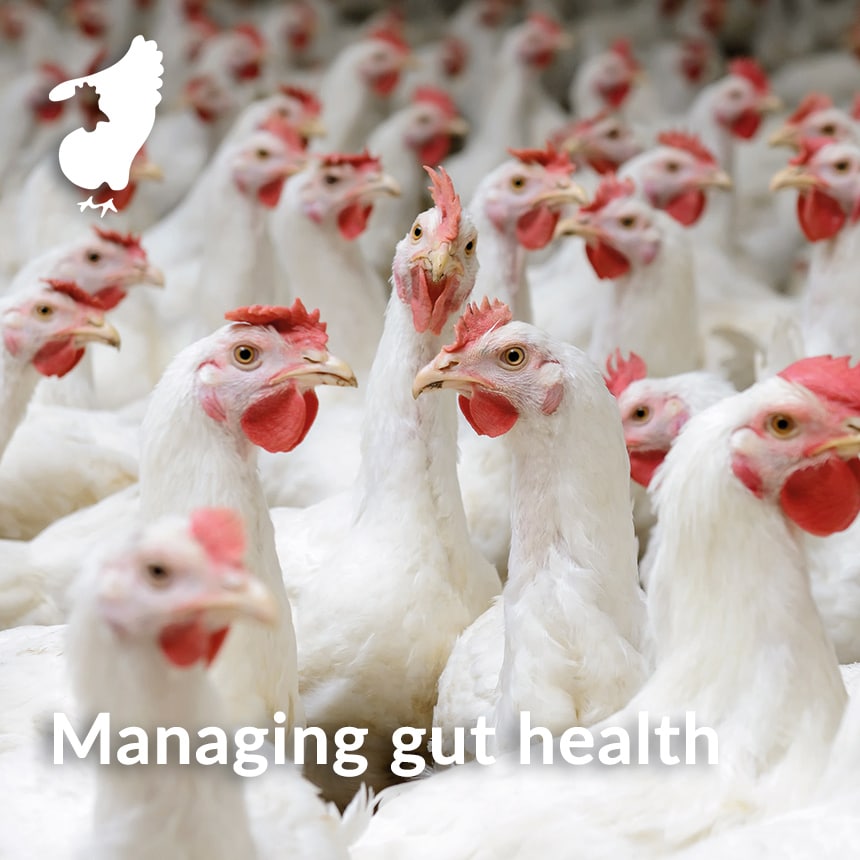 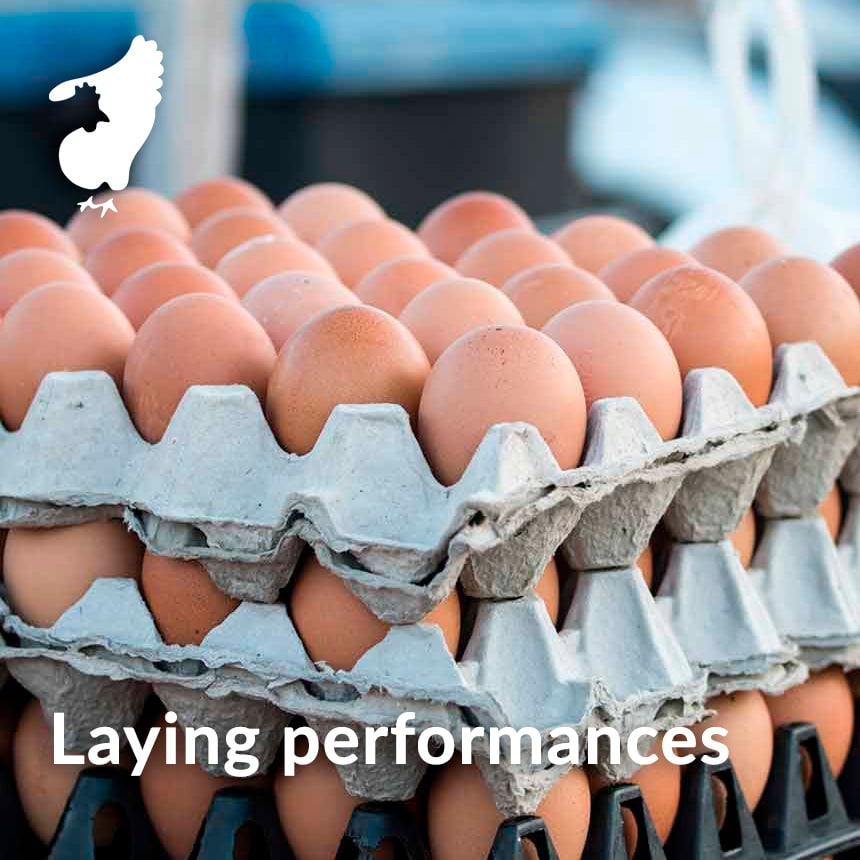