The intestine is the most important interface between the outside world and the animal’s internal body, acting as the first line of defence against invading pathogens and noxious chemicals. Besides its role as a physical barrier, the intestine is also rich in gut associated lymphoid tissues (GALT), equipped to mount an active immune response against advancing pathogens, while ensuring no response against dietary antigens or normal flora, thereby maintaining immune homeostasis.

It is estimated that mammalian microbiota is composed of more than 400 species of bacteria that contain around 1014 microbes (approximately 10 times the number of cells in the mammalian body). Beneficial microbes play a major role in maintaining gut health and barrier functions, either through direct ‘cross-talk’ with the intestinal immune cells or indirectly, through the production of bioactive metabolites. These include SCFA and vitamins, using substrates from dietary nutrients which have a direct effect on the immune and structural function of the epithelial cells. 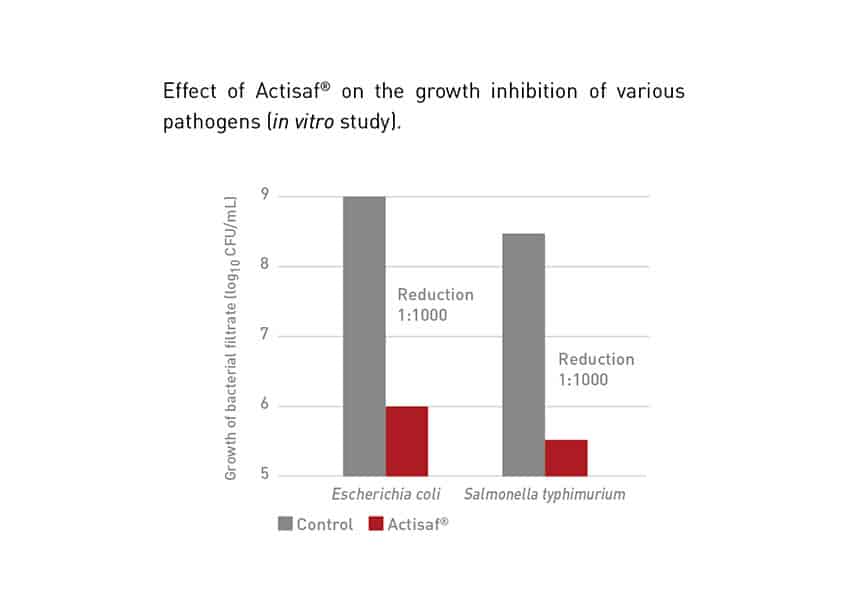 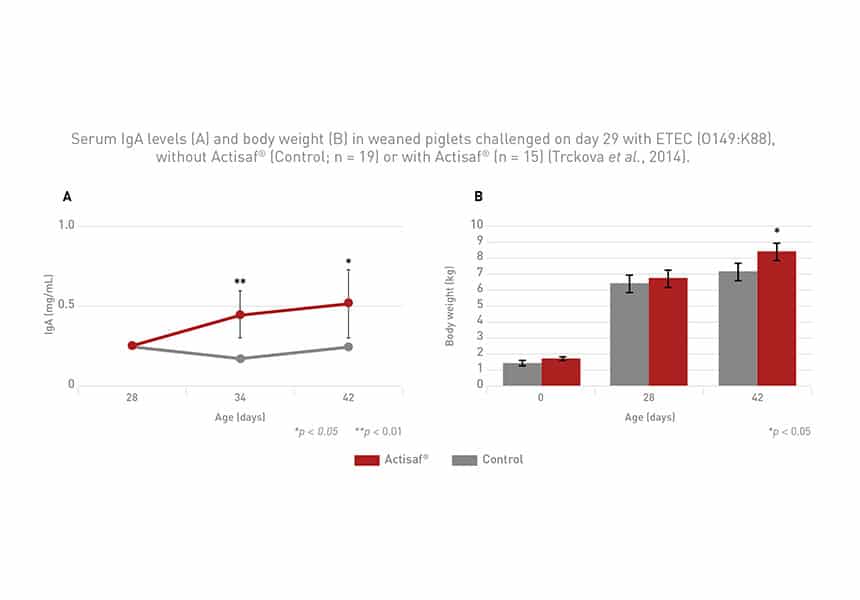 Weaning piglets from the sow is one of the most stressful events in the pig’s life and can contribute to intestinal and immune system dysfunctions, compromising pig health and resulting in reduced growth and feed intake, particularly in the first week after weaning. Boosting the piglet’s immune system by supplementing sow diets with Actisaf® from gestation (94 days) until the end of lactation (28 days), with additional supplementation of the piglets fed with Actisaf® (1 g, 3 times a week) during the suckling period, has proven effective in preventing piglet diarrhea following a challenge with ETEC one day after weaning. This protection is attributed to the increased serum IgA levels observed in piglets supplemented with Actisaf®

Phileo by Lesaffre has extensively studied the use of Actisaf® Sc 47 in all pig production phases. Due to its high metabolic activity, Actisaf® Sc 47 positively impacts gut microbiota by maintaining a healthier gut epithelium, reducing pathogen pressure and, improving natural defences. These benefits will ultimately result in better animal performance and well-being. 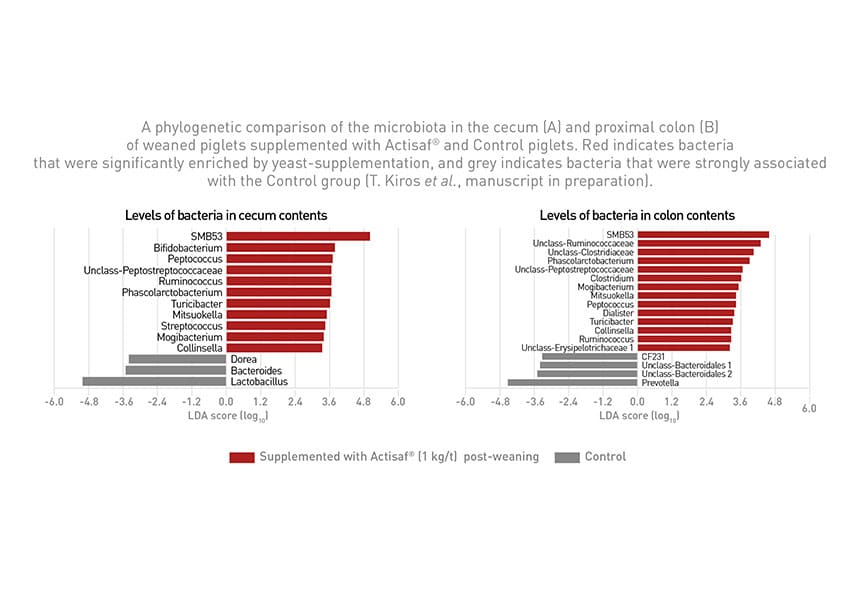 Find out more about swine management 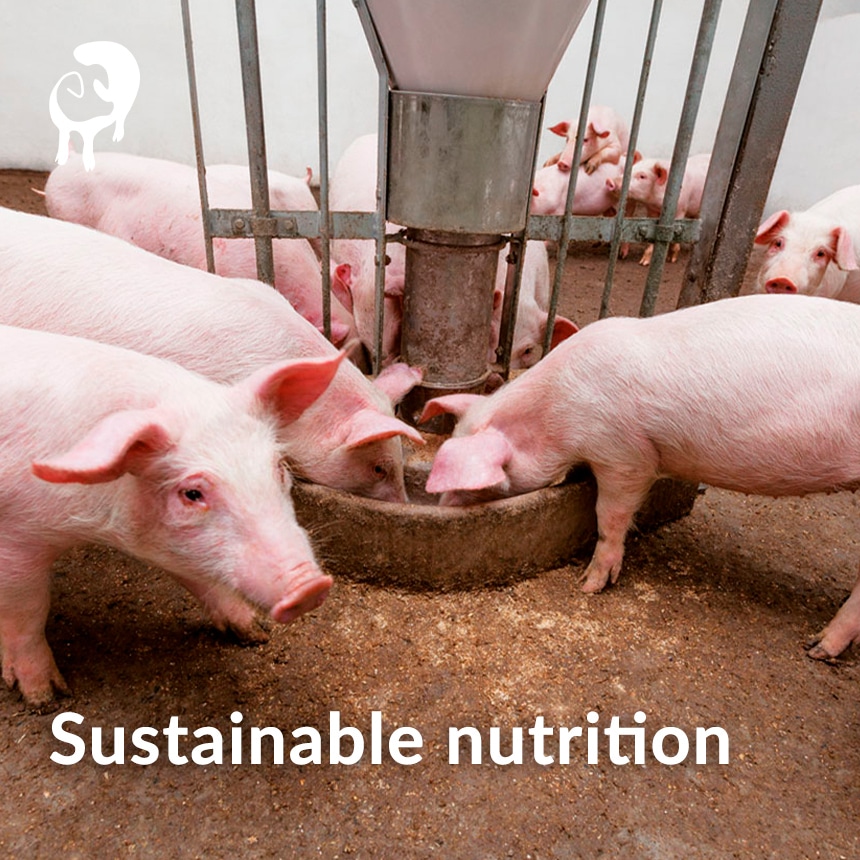 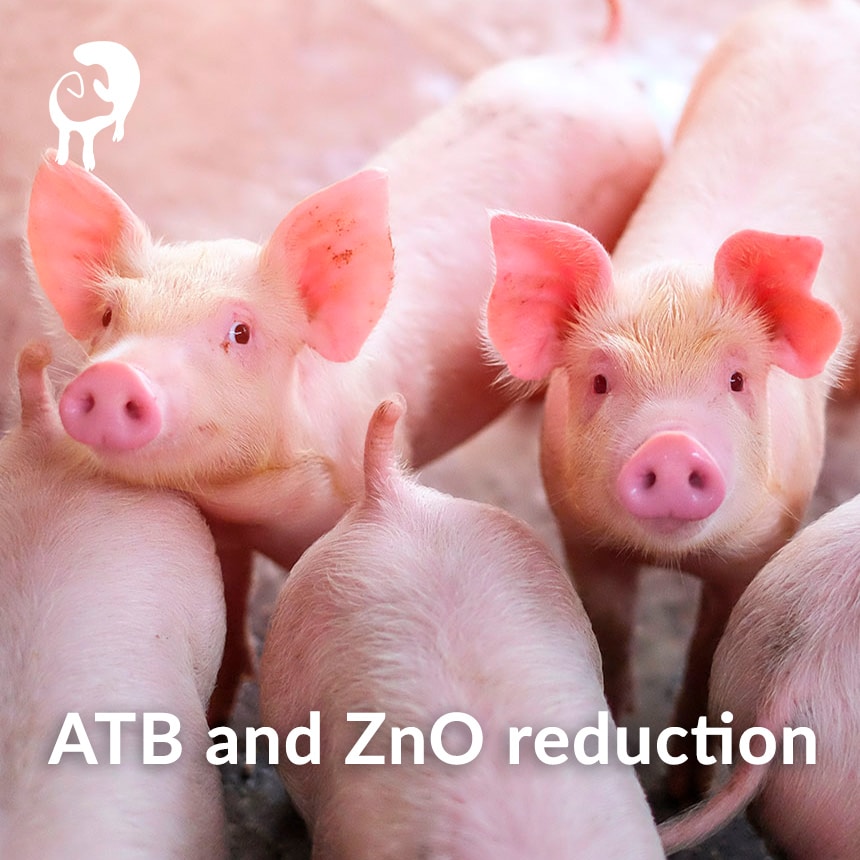 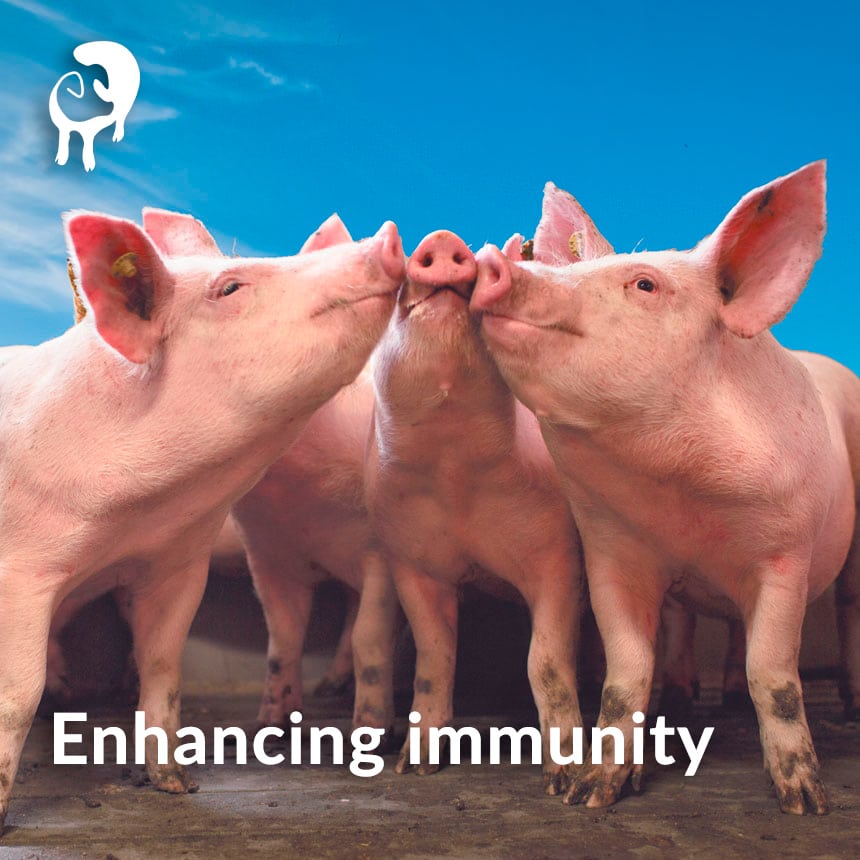 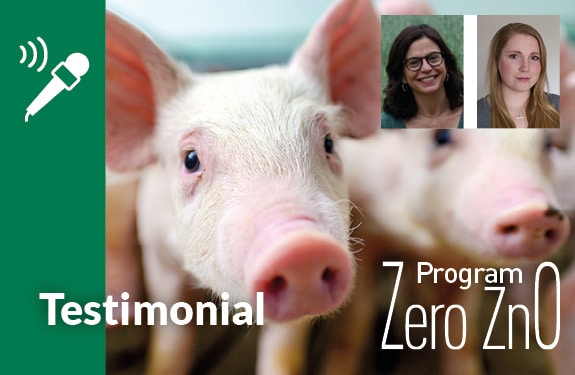 Transitioning to Zero ZnO: the role of sow nutrition 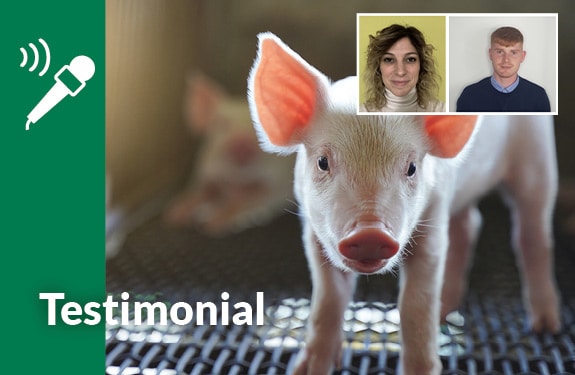 Transitioning to Zero ZnO: are pig producers making the change? 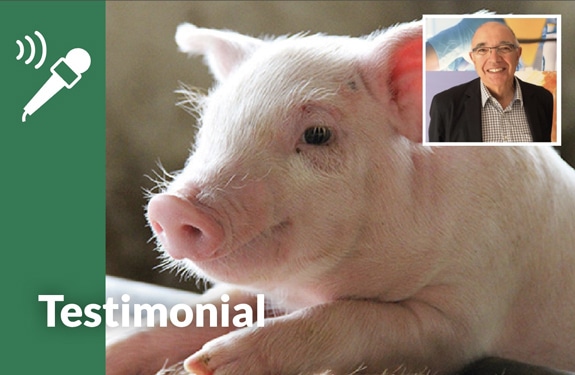 Transitioning to Zero ZnO: The role of dietary fibre 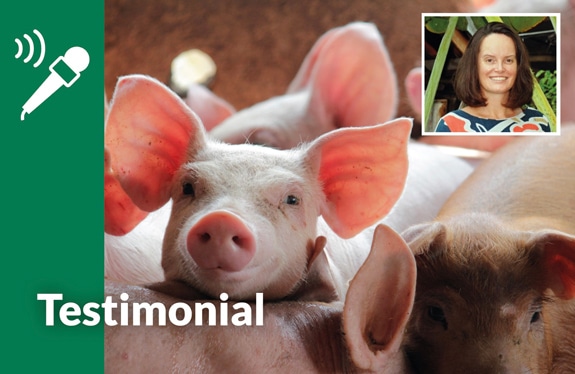 Transitioning to Zero ZnO: The changes in diet formulation 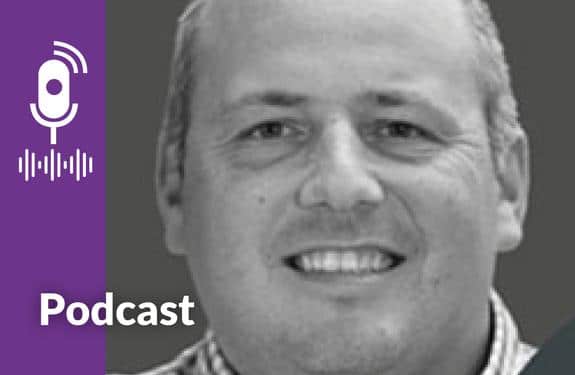 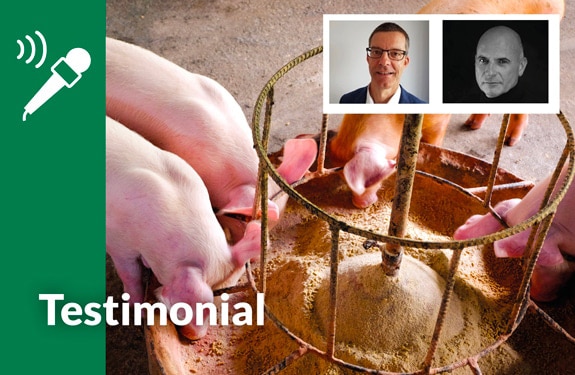 Transitioning to Zero ZnO: What can farmers expect?