Posted at 03:28h in News by olivier@ovm-communication.fr 0 Comments 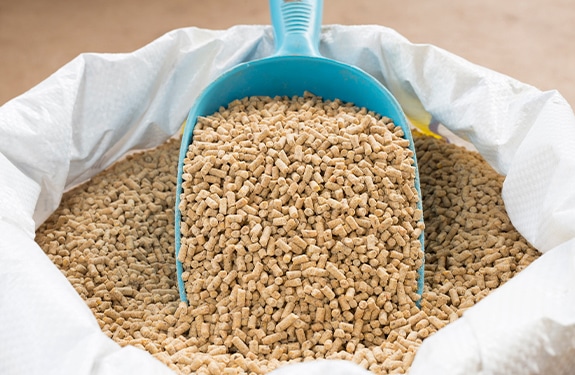 Phileo is constantly working to improve its range of yeast probiotics, giving farmers and companion animal keepers effective and consistent products, backed by extensive trials evidence and practical user experience. The company is also committed to making sure all its probiotics are handled properly during the feed production process, maintaining their power and effectiveness through to their eventual use. This includes advising on mixing procedures according to feed manufacturing guidelines devised by Phileo’s Feed tech Service.

“Feed production technologies have progressed greatly in recent years, evolving from the simple mixing of several ingredients, through different mechanical and continuous methods, to the computer-controlled mixing and pelleting systems which are used today,” said Phileo feed technologist, Alix Hemdane.

Despite such advances, the basic concept of mixing ingredients together to create a nutritionally balanced feed, remains largely unchanged. In fact, the science of mixing is extremely complex, and the challenge is to produce a homogeneous and standardized diet for optimal and consistent animal performance.

This is the industry background against which Feed tech Service has developed tailor-made advice on all aspects of pellet manufacturing, including giving detailed guidance on the best mixing procedures to use to achieve a homogenous diet for better animal performance.

Mixing different ingredients by grinding each to a similar particle size, and then combining the prepared particles within a single unit, requires a considerable amount of specialist equipment and high-level technical expertise.

While feed plants differ according to function, with some making one dedicated product and others handling a variety of feeds, the basic raw material flow remains much the same across the industry. Similarly, the common challenge for plant operators is to produce a nutritionally balanced feed, ensuring that the final product, when fed to animals, imparts both health and performance benefits.

Many factors influence the mixability of a feed product, making it vital to know the extent to which a feed mixture has been properly handled in terms of homogeneity. To confirm the diet is homogenized, samples can be taken from the mixer to test for uniformity. Assessing mixing homogeneity by taking a chemical measure of vitamin levels or trace elements is also possible, although both these approaches are time consuming and expensive.

Alternatively, using indicators to assess mixing homogeneity is a much more economic and time efficient solution, compared with analysing each individual nutrient. The selected indicators will, preferably, have the same physical properties as the feed ingredients which are being tested. Tracers such as sodium, chloride, coloured iron particles, lysine, methionine, chromium, zinc, manganese, and copper, have all been used as indicators in assessing mixing uniformity.

Coefficient of variation as indicator of mixing homogeneity

Various statistical methods are available to calculate the degree of homogeneity when using an indicator in the testing process. To assess the mixing homogeneity of a key component, for instance, samples will usually be taken from random locations within the mixer or collected at regular intervals from the discharge outlet.

Herrman and Behnke (1994) categorized mixer tests as excellent, good, fair, and poor, based on % CV ranges. The corrective actions of these categories are presented in the table below.

A homogenized diet is considered to have been adequately mixed when the CV is less than 10%. To achieve the best testing results, each mixer should be calibrated for its mixing time and capacity by volume.

It is critical that animals receive a properly homogenized diet, as originally formulated by the nutritionist. This ensures that the full health and performance benefits of the feed reaches the target animal exactly as intended. To achieve this, nutritionists and feed plant operators must work closely together on everything from processing and storage techniques, and the adequate maintenance of plant equipment, through to the monitoring of feed preparations and the routine testing of the final product. Only then will the best results be secured, optimizing animal performance and maximizing production efficiency. 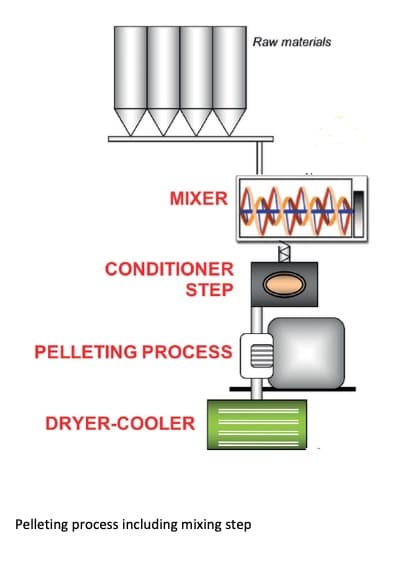