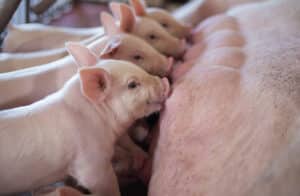 The impact of heat stress on sows and piglets can have severe consequences for stock health, welfare, reproductive performance, and profitability.

Faced with the combination of high temperatures and humidity (THI), sows redirect blood flow away from their ovaries, focusing instead on skin and mammary tissues in an attempt to cool down. This has a negative effect on the quality of the follicles and the status of the uterus, leading to potential pregnancy problems.

Long term field study carried out in Brazil, tracking litter sizes on a month-by-month basis throughout the five-year period, revealed a marked downturn in piglet numbers from July to September each year. These were routinely the most challenging THI months and always resulted in a dip in litter size.

Although weaning numbers per sow rose steadily throughout the five-year trial period, in response to improving genetics and advancing management techniques, litter sizes during challenging THI months were consistently smaller than in the remaining months of the year. The slump in piglet numbers in challenging THI months was reported during all the study.

The cooling-inspired redirection of blood flow away from the ovaries during challenging THI months, is known to trigger a chain of reactions within the sow. Negative heat stress effects include intestinal hypoxia, ATP depletion, increased oxidative and nitrosative stress, tight junction dilation, and gross morphological changes that ultimately reduce the intestinal barrier function. As a result, heat stress increases the passage of luminal content containing pathogenic bacteria into the portal and systemic blood, effectively resulting in increased gut wall permeability. All of which makes sows more sensitive to pathogens during heat stress conditions.

Prior to Phileo by Lesaffre’s initiative, however, little was known concerning the role of yeast probiotic supplementation in pigs during heat stress.

The candidate chosen for this research was the unique patented microspherule yeast probiotic Actisaf® Sc 47, which was developed to deliver ‘intrinsic and unrivalled resistance’ in pelleting feed, without the need for foreign material coating.

A key trial, featuring this yeast probiotic, was carried out in Vietnam from May to June 2019, at a farm located close to Ho Chi Minh City.

Background heat stress conditions for the trial consisted of a minimum external night-time temperature of 25°C, rising to 35°C during the day. Humidity levels ranged from 70-85%.
The farm contained 200 sows, all of which were already subject to feed evaluation. The trial itself focused on 80 sows, however, divided into four groups of 20. The division between groups was made according to parity and previous sow performance, such as the number of piglets born alive and the number weaned per sow.

Sows in two of the groups were given a supplement of Actisaf® Sc 47 in their diet, fed at 5 g per sow per day. This treatment continued from 105 days of gestation until weaning, which took place when piglets were 28 days old. The remaining two groups were kept as a control, involving no dietary supplementation whatsoever.

Open house conditions were maintained during the gestation period, while maternity conditions included the use of a cooling-pad, keeping temperatures at 26-27°C. Trial records were updated daily.

Supplemented sows duly produced more weaned piglets than their control counterparts (11.3 vs 11) and reached a higher survival rate (89% vs 85%) (Figure 1). This was despite control sows producing more born-alive piglets (12.9 vs 12.7). 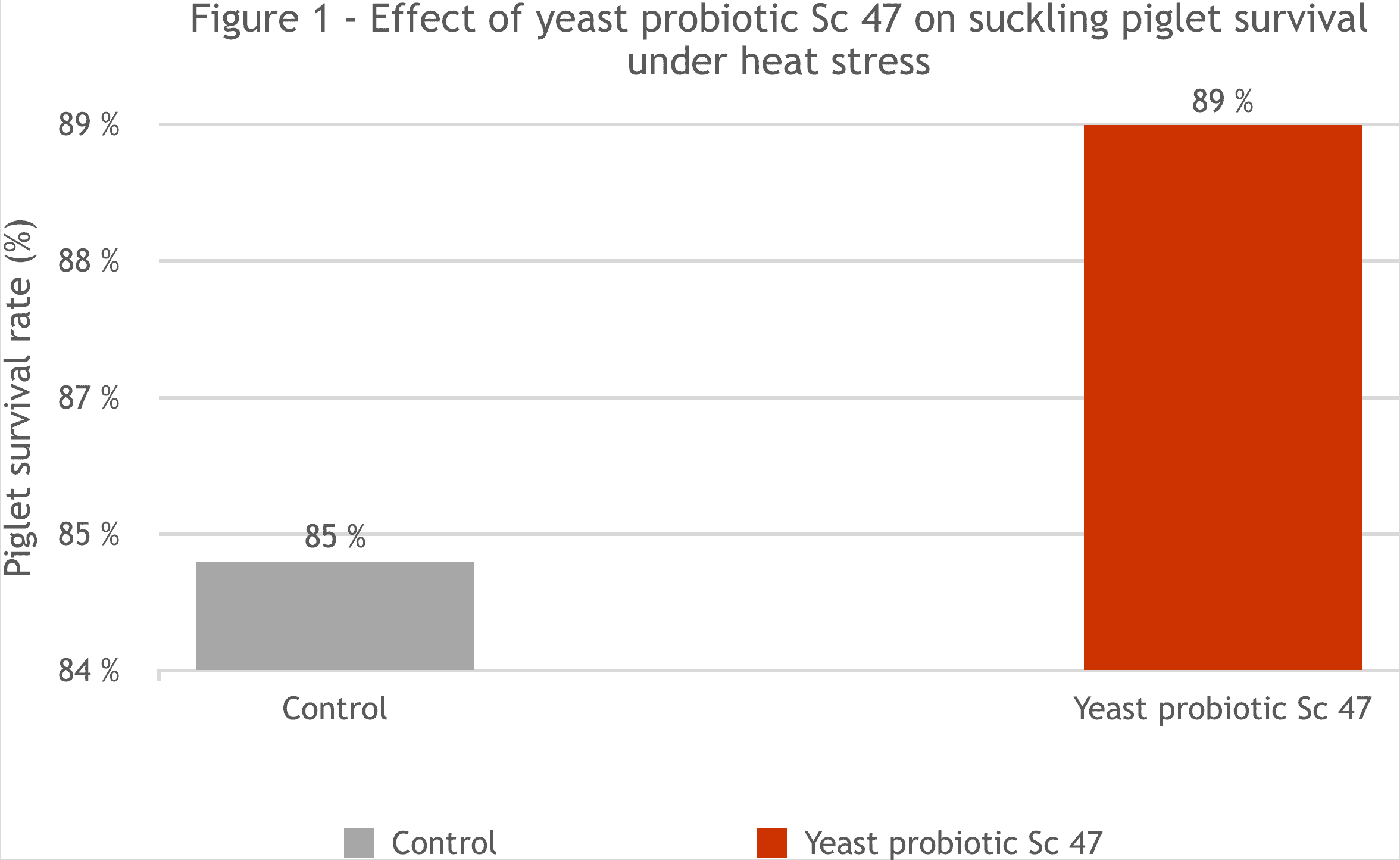 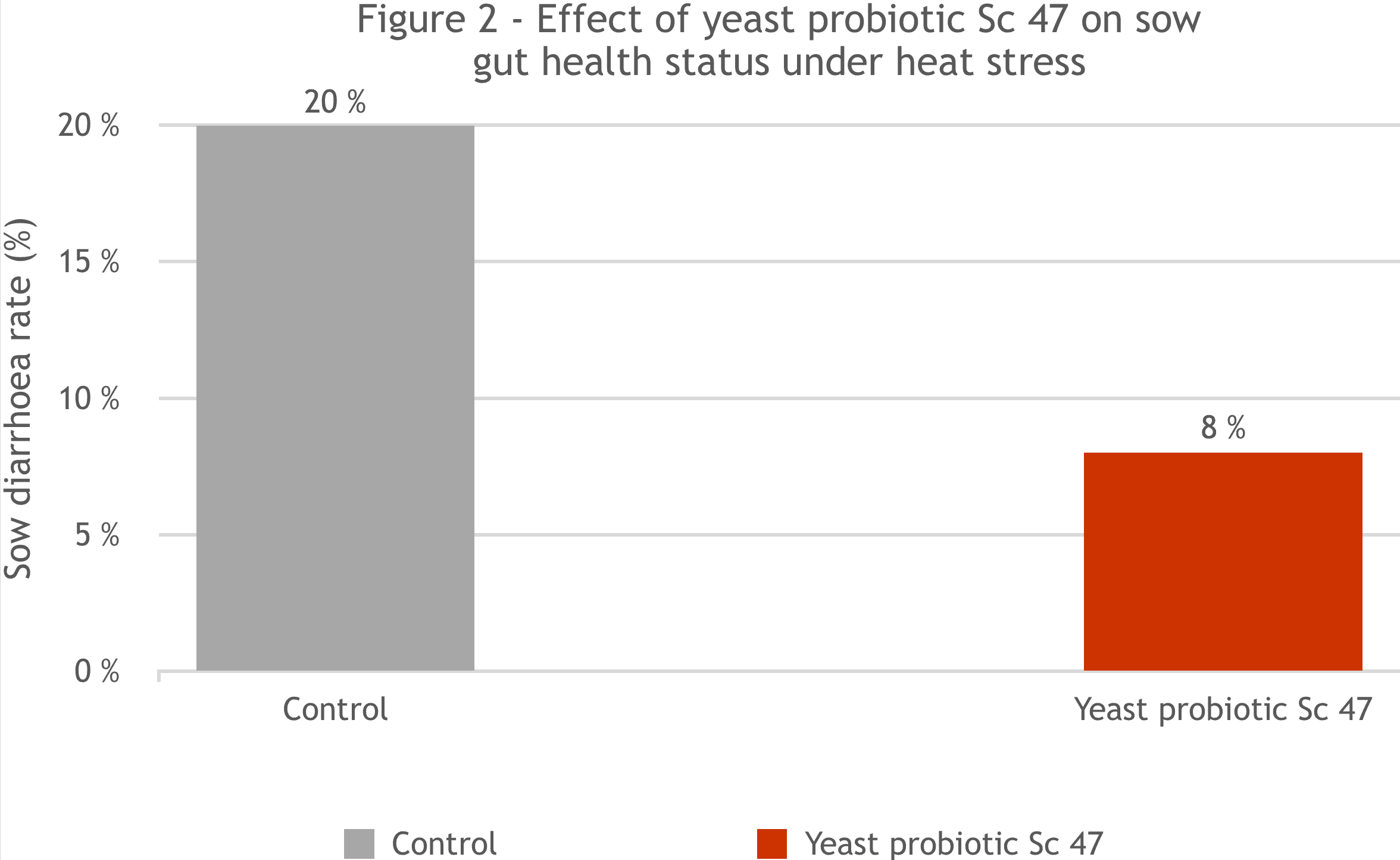 Furthermore, supplemented sows produced a higher total weaning weight per litter than control sows (72kg vs 70.6kg). This highlights the better milking capacity of the sows as already described by (Tzika, 2015).

The other major difference between the Yeast probiotic Sc 47 supplemented and control groups was that 20% of control sows suffered diarrhoea, compared with only 8% of supplemented sows (Figure 2).

In financial terms, the Yeast probiotic Sc 47 group got an ‘extra gain’ benefit worth 360,000 VMD per supplemented sow. That’s equivalent to under USD 16 per sow. This amounted to a return on investment (ROI) of 15:1.