Posted at 16:00h in Actisaf, Aquaculture by olivier@ovm-communication.fr 0 Comments
22 Likes 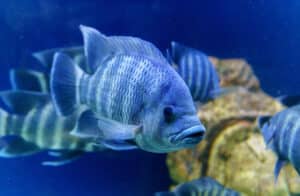 Gut health results from interactions of host-specific intrinsic characteristics with several factors such as environment microbiome, nutritional status, feed quality, biotic and abiotic stress. Disturbances can be hard to predict and are observed as an acute occurrence or generated after long exposure to a single or a combination of stress factors.

Aquatic animals under farming conditions are constantly being exposed to stressors, with the risk to have gut health disrupted by dysbiosis caused by pathogenic bacteria, parasites, mucosa inflammatory process and impaired gut function induced by antinutritional factors, stress due to low water quality, pollutants, etc.

In aquaculture, yeast postbiotics rich in bioactive compounds such as mannooligosaccharides, beta-glucans and nucleotides were subject of intense research in the past few decades, with a well-documented mode of action and benefits, especially targeting to improve innate immunity and increase disease resistance. On the other hand, feed supplementation with live yeast as a probiotic and its benefits on gut health has received less attention and remains an area with great potential to be furthered explored.

Yeast as a probiotic

Saccharomyces yeast is commonly found in marine and freshwater aquaculture environments in water, soil, plants, animals, or microorganisms. They can play different roles supporting aquatic environmental balance such as reducing ammonia, removal of toxic elements such as heavy metals, reduction of phenolic compounds and integrating the food chain serving as food to invertebrates and zooplankton. The yeast Saccharomyces cerevisiae is a singlecell eucaryotic fungi widely used as a probiotic supplement to improve gut health and microbiota balance in both human and livestock. Potential interest for farmed aquatic animals relies on the ability of yeast to produce and secrete enzymes, nutrients and bioactive compounds that benefit the host and the beneficial bacteria in the gut. Its also relies on its ability to neutralize harmful toxins and produce antimicrobial substances to promote in the gut mechanisms of competitive exclusion with pathogens and stimulate innate immunity and enzymes of the antioxidant system.

Both diets were supplemented with 1 g/kg of Actisaf® Sc 47 top coated in the feed (diets SBM14 + Actisaf and SBM28 + Actisaf). Results indicated significant differences generated by the different formulas, where diet SBM28 outperformed diet SBM14. Yeast probiotic supplementation significantly improved microvilli length and density in the midgut, weight gain and final body weight in both diets (Fig. 1). Overall FCR was improved from 1.56 to 1.44 with yeast supplementation. Additionally, yeast probiotics promoted a significant increase in the abundance of the genus Lactococcus sp. in the allochthonous microbiota, and downregulated significantly the expression of stress related and inflammatory cytokines in the gut mucosa (hsp70: involved in protein folding, indicator of ER stress; il1β: proinflammatory cytokine; tgfβ: anti-inflammatory (Fig. 2)). 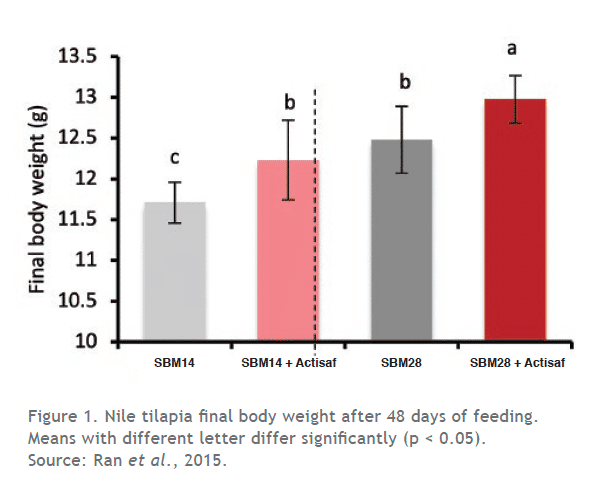 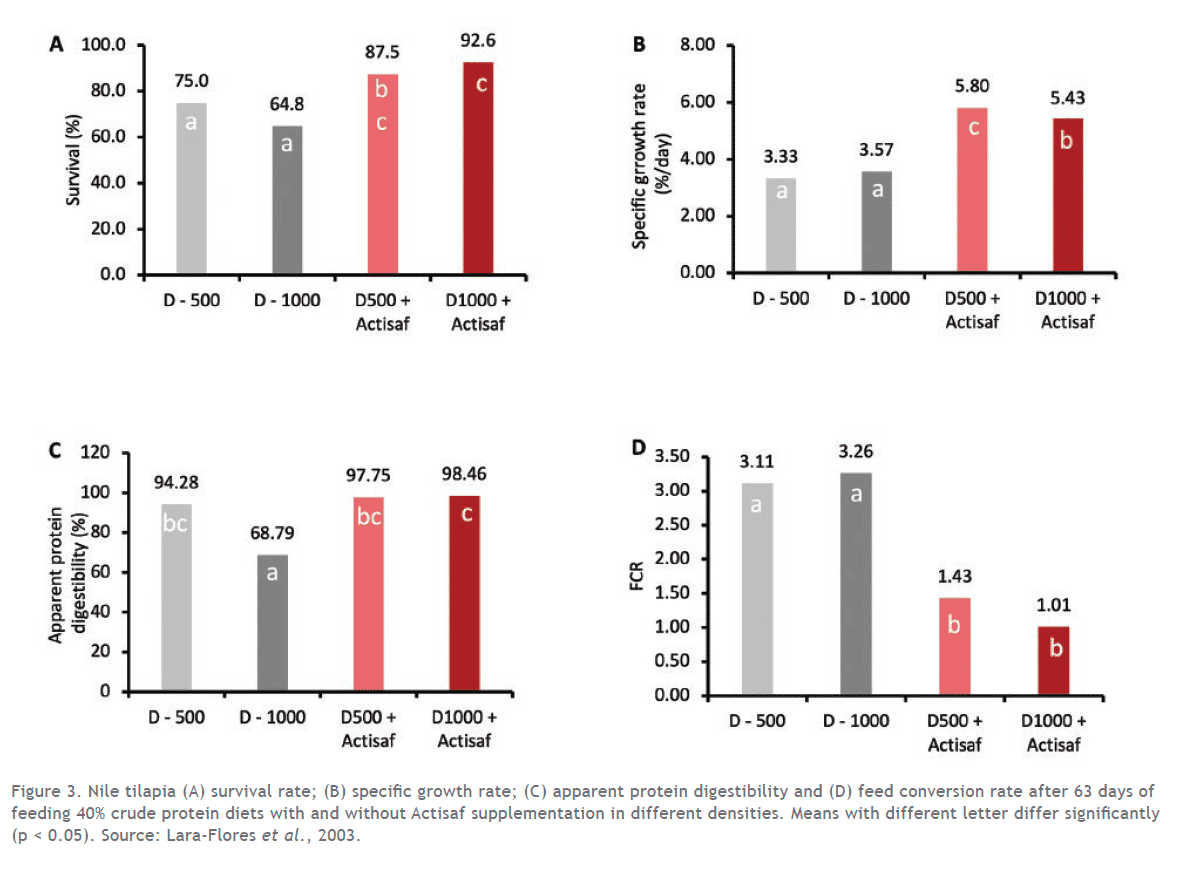 A recent trial conducted in Can Tho University (manuscript in preparation) evaluated Actisaf® Sc 47 supplementation (0.5 and 1 g/kg) on striped catfish Pangasianodon hypophthalmus (36.4g) diets with 26% and 28% of crude protein for 56 days. No significant differences were observed in survival. An overall trend to achieve higher growth, final body weight, and improved feed conversion rate were observed in animals fed on 28% CP diet. The best FCR and protein efficiency ratio was achieved in the group fed on the 28% CP diet and supplemented with 0.5 g/kg of Actisaf® Sc 47. No clear effect on protein and dry matter in vivo apparent digestibility was observed. Actisaf significantly improved fiber digestibility at 1 g/kg inclusion in both diets, and lipid apparent digestibility on 28% CP diets (Fig. 4). Microvilli height of supplemented groups was also significantly higher compared to respective control groups. The best gut structure was achieved by supplementing both diets with 1 g/kg, or 0.5 g/kg in the 28% CP diet (Table 1).

Yeast probiotic Actisaf® Sc 47 is a sustainable and effective tool to improve gut health management and performance in aquaculture. Its unique characteristics can bring valuable functionalities to the feed, with potential to complement and creating synergies with other solutions. Further studies to better elucidate benefits and its impact on fish welfare and sustainability key indicators would be of high interest to the industry.
Ongoing advances in production processes and yeast probiotic physical characteristics are expected to facilitate industrial-scale adoption of yeast probiotics in aquafeeds.