Posted at 18:57h in Broilers, Safmannan by olivier@ovm-communication.fr 0 Comments
22 Likes 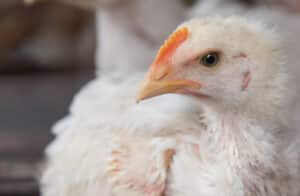 The financial success of poultry businesses is heavily dependent on gut health to enable efficient conversion of feed into meat. A combination of natural evolution and selective breeding have produced birds with vastly improved feed intake capacity and an increased ability to gain weight. Despite these advantages, poultry can still suffer from reduced technical performance, immunosuppression, higher mortality, and reduced egg production due to stressors such as temperature extremes, feed competition, poor-quality drinking water, and infection.

Clostridium perfringens (C. perfringens) is one of the most important enteropathogenic bacteria in the poultry gut. Proliferation of this bacteria can induce and maintain chronic inflammation—including necrotic enteritis—which, when combined with any of the stressors detailed above, can significantly negatively affect poultry production and output.

Historic management of pathogenic bacteria predominantly relied on adding antibiotics to feed, but due to concerns in the rising levels of antibiotic resistance and their potential to transfer to humans, the use of these drugs as growth promotors is now banned in many countries worldwide. As such, naturally-derived immune-boosting feed supplements with growth-enhancing attributes have garnered increasing attention. Yeast postbiotics, when given to the animals at adequate dosage, have been shown to confer potential health benefits to hosts by both balancing the gastrointestinal microflora community and improving gut mucosal composition.

Safmannan®, a reference yeast postbiotic (YP), can both help reduce the negative effects of stressors provoked by the production process and maintain robust gut health. Gram-negative and some gram-positive bacteria are able to attach to the gut cell wall using specific attachment appendages called fimbriae, which are shorter and thinner than flagella. Fimbriae contain adhesin molecules, a crucial component enabling microorganisms to attach to mannose receptors covering the surface of the intestinal epithelium, and thus colonize the gut. Safmannan® comprises at least 20% mannans, thus when it is introduced into the poultry gut as a feed supplement, bacteria preferentially bind to YP rather than the bird’s intestinal cells, therefore preventing pathogenic colonization of the intestinal mucosa. These effects have been detailed in the following peer-reviewed articles: a 2017 study examining the ability of several yeast postbiotics to adhere to different pathogenic bacteria using scanning electron microscopy and filtration assays where 98% of Salmonella enterica Typhimurium strain and 75% of C. perfringens was bound by YP (Posadas et al., 2017); a second in vitro study also reported this effect on C. perfringens (Santovito et al., 2019); and lastly, Hashim et al. demonstrated that YP can help improve the technical performance of broiler birds under mimic farm conditions with used litter.

Santovito et al. evaluated the ability of YP to inhibit C. perfringens growth, and provided in vitro evidence of the antimicrobial effect of YP on this bacterium. To investigate, an infectious dose of C. perfringens type strain ATCC 13124 was inoculated into a liquid growth medium containing different amounts of YP (0 to 10 mg/mL). During the 24-hour experiment, samples were assessed for bacterial growth at 2-hour time points. The YP clearly inhibited bacterial growth in a dose-dependent manner, where 1.2 mg/mL YP reduced C. perfringens growth (CFU/mL) by 2 Log (Figure 1) after 24 hours. In addition, Safmannan® increased the lag phase duration, which could help to reduce chronic gut inflammation when fed to broilers in vivo. 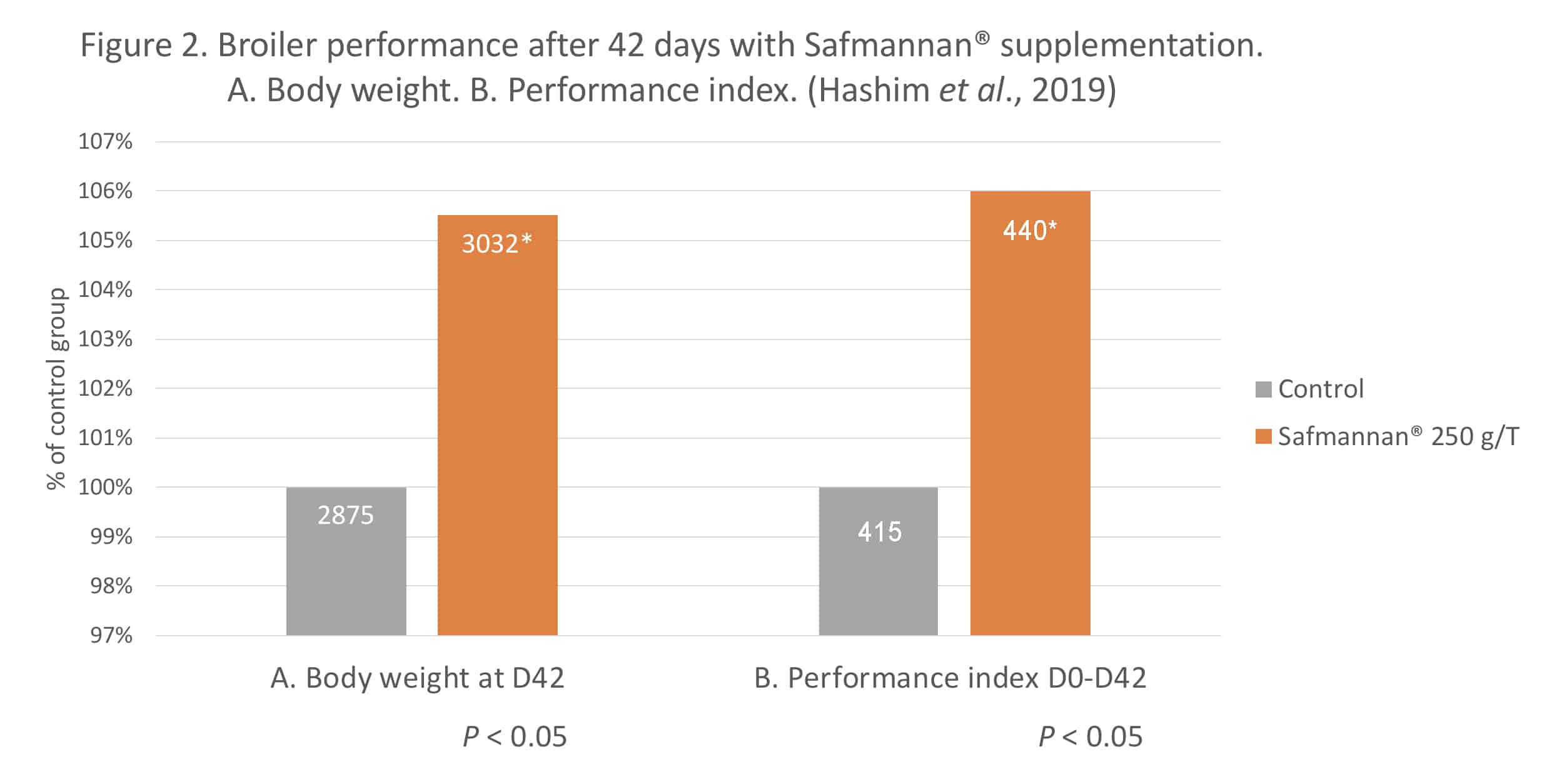 Hashim et al. further evaluated the effect of YP on broiler performance and health. A total of 384 one-day-old ROSS-308 birds were sorted into two treatment groups, with 16 birds per pen and 12 replicate pens per group. A control group was fed with a corn and soybean-based diet ad libitum and Safmannan® was supplemented at 250 g/T throughout the three feeding phases (starter, grower and finisher). The presence of dirty litter in bird pens combined with increased humidity, pH, and warmer temperatures, enhances the proliferation of pathogenic bacteria. The birds were housed in floor pens on used litter to increase potential microbial stress and mimic industry practice in the United States.

Under modern poultry production conditions, the slightest whiff of an enteritis problem can easily turn into a full-blown outbreak, causing significant negative impacts on producer margins. Safmannan® is therefore an indisputable asset in a producer’s arsenal, able to control opportunistic bacterial multiplication to promote and maintain robust gut health, thereby breaking the vicious cycle of C. perfringens-driven necrotic enteritis. As such, Safmannan® is a foundational pillar of Phileo’s cutting-edge complete gut health program.