Posted at 17:00h in Aquaculture by olivier@ovm-communication.fr 0 Comments
0 Likes

Phileo announces the launch of Prosaf®, an innovative solution to better value plant-based diets by increasing feed intake and performance. 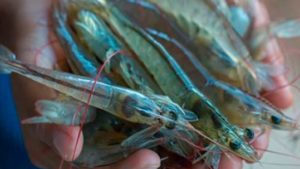 Marcq-en-Baroeul, France (September 18, 2018) – As the global population continues to increase, the world faces a growing demand for food in the face of a huge sustainability challenge.

“Working at the crossroads of nutrition and health, we are committed to delivering innovative solutions that enhance farmed fish and shrimp health and performance,” said Otavio Castro, Global Species Manager Aquaculture at Phileo. “This is the context in which we’re delighted to unveil Prosaf®, a truly innovative product that will bring new flexibility to balancing aquaculture diets for optimal performance.

The use of marine ingredients, such as fishmeal and fish oil, is being drastically reduced in aquafeed production due to the decreasing availability of such items worldwide. While manufacturers are turning instead to more sustainable items, such as plant-based ingredients, their inclusion remains challenging, especially at high levels. This is due to negative impacts on feed intake, perturbations of metabolic and health status, and growth performance slowdown.

Officially analysed by HPLC, Prosaf® has been confirmed as containing only small peptides, more than 88% of which are below 3.6 kDa, with 38% below 1 kDa. As such, the product offers highly bioavailable nutrients to increase the palatability and digestibility of plant-based diets.

Pre-launch studies, based on shrimp, have proved that supplementing low-fishmeal diets with Prosaf® results in the same feed intake, growth performance and restored immune status, as comparative diets with three times as much fishmeal content.

There is also trial evidence that Prosaf® strengthens the natural defences of shrimp in comparison to fish which are fed on a non-supplemented low-fishmeal diet. This is based on the importance of hemocytes, as a vital component of the shrimp hemolymph, due to their ability to differentiate and play several immune defense roles, such as phagocytosis, encapsulation, prophenol oxidase system and melanization. According to the trial carried out at Prince of Songkla University, supplementing a low-fishmeal diet (5%) with 2.5% Prosaf® for 62 days significantly increased the total hemocyte count in whiteleg shrimp (Litopenaeus vannamei) hemolymph. It was also observed that phenoloxidase activity was significantly improved in shrimp fed a low-fishmeal diet which was supplemented with Prosaf® (2.5%), compared to the low-fishmeal diet control group (5%).

In addition to Prosaf®, the Phileo product range of innovative solutions for aquaculture also includes:

Working at the cutting edge of innovation, Phileo has a dedicated R&D division with staff located in Europe, North and South America and Asia. Our experts work in close collaboration with renowned universities and reference research centres across the globe, seeking to improve the farming of all aquaculture species. The team’s expertise includes both fundamental in-vitro research and upstream activities, covering a wide range of different fields, including nutrition, microbiology, immunology, microbiota and feed technologies.