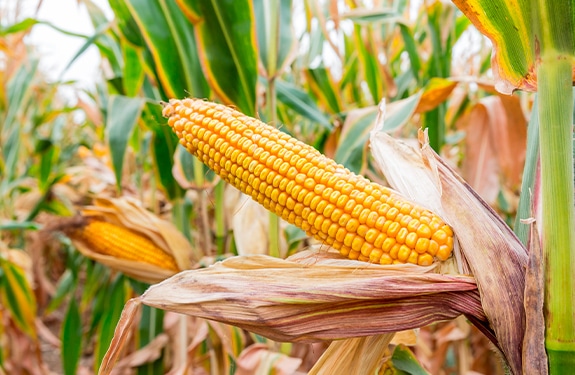 Ruminants have a unique digestive physiology characterized by a pre-systemic fermentation and digestion of plant constituents such as cellulose by microorganisms comprising the ruminal flora. This particularity requires feeding regimes that include enough amounts of forage to maintain a functional rumen flora. Then ruminant nutrition consists to equilibrate diet with fiber, energy and protein in order to raise the highest performance and genetic potential of the animal.

Ruminants, generally, are considered to be more resistant to mycotoxins than other livestock species, mainly because mycotoxins can naturally be converted by rumen microorganisms. However, significant cases of mycotoxicosis have been reported in ruminants. This capacity of ruminant microbes to tolerate and degrade some mycotoxins can be saturated depending different factors like metabolic disorders (rumen acidosis, milk fever etc.), abrupt change in diet, high protein diet, negative energy balance, antimicrobial activity of some mycotoxins. This saturation of mycotoxins detoxifying ability of microflora induces a high internal challenge in animals.

Once ingested mycotoxins first impact rumen environment and activity, leading to a decrease of ruminal motility, digestion and microbial growth. The results of exposure over a long period to low doses of complex mixtures of mycotoxins will induce a mycotoxin syndrome which is non-specific and comprises impairment of rumen and liver function as well as immunosuppressive effects. Effects on animals are loss of appetite, ketosis, gastrointestinal disorders, decreased milk yield, susceptibility to pathogens and some effects on target organs such as estrogenic effects of Zearalenone which induce reproductive issues. In dairy cows, for example, we see mycotoxins being linked to an increased incidence of irregular heats, low conception rates, embryonic loss and abortions. Cows also suffer depressed production and performance issues, alongside an increase in susceptibility to infectious diseases.

To reduce the risk or, at least, counteract the negative effects of mycotoxin ingestion in cattle, use of sequestering agent as yeast fraction is a feasible, safe, and relatively cost-effective strategy. The complex between adsorbent and mycotoxin prevents passage of the toxin into the animal’s blood and organs, reducing its bioavailability and its harmful effect.

In line with our 30 years of research and development commitment at Phileo by Lesaffre, our focus on helping to mitigate the impact of mycotoxins on farm animal, is focusing on Safwall® 3B Integrated Strategy. Safwall® is a selected yeast fraction supplement which adsorbs and neutralizes mycotoxins to reduce their absorption by animals at risk, protecting the rumen functionality, the intestines and organs from the potentially devastating impact of in-feed mycotoxins. Using in-house adsorption isotherm method, we have selected the best adsorbent, from a large range of yeast fractions. Safwall® has proven its efficacy in numerous in vitro trials. Moreover, in vivo trials in dairy cows exposed to a diet naturally contaminated with ZEA, confirmed its efficacy to reduce the concentration of ZEA and its metabolites in the blood.

Safwall®, thanks to its specific effect on biosorption, barrier integrity and body protection reduces the incidence of rumen function impairment, risk of infectious diseases and impacts on the reproduction and growth of animals exposed to mycotoxins.