Posted at 23:17h in Horse by olivier@ovm-communication.fr 0 Comments
22 Likes 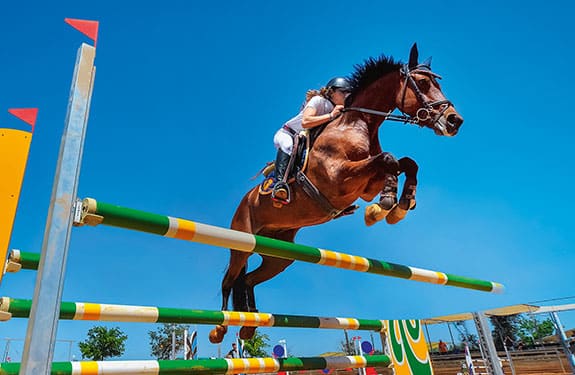 About 75% of a horse’s energy needs should be derived from roughage.

A horse’s digestive tract is well-adapted for fibre valorisation, especially through active microbial digestion in the hindgut. Both the caecum and colon contain rich microbiota, which is specific to the equine species, a large part being cellulolytic bacteria. In the hindgut, fibrolytic activity starts with the adhesion of the microbial population to particles. Enzymes are released, leading to sugar hydrolysis and the formation of gases made of volatile fatty acids («VFA’s»). Absorbed within the luminal membrane, VFA’s cover about 75% of a horse’s energy needs. They are used to synthetise energy storage, being liver and muscle glycogen, alongside triglycerides in adipose tissues as well as within muscle cells. These substrates are the main available sources of ATP synthesis in skeletal muscles.

Cell wall carbohydrates apart, another source of energy is starch, provided by cereals. In horses, dietary starch is digested by the antececal digestive tract. Approximately 60% is broken down in the stomach by the microbial pathway, with residual starch being digested in the small intestine, where it is then enzymatically converted into glucose and assimilated. Excess dietary starch (beyond 0.2% bodyweight), passes to the large intestine, where it undergoes a second intense microbial fermentation. Starch microbial digestion releases VAF’s and lactate, which the lactate-utilising bacteria, normally present in the eco-system, can also transform into VFA’s.

Additional starch in a horse’s daily diet is fine to cover increased energy requirements, but is not health-friendly when starch levels become excessive.

As sports horses are involved in many energy-demanding activities, their requirements exceed normal digestive capabilities. With fibre supplied through roughage being no longer sufficient to meet increased demands, modern feeding practices include supplementing hay with high-energy cereal-based concentrates. However, a horse’s metabolism is not designed to handle large amounts of starch. Excess starch in the diet alters the digestive ecosystem, promoting the growth of bacteria that generate lactate, resulting in a drop in pH. This acidification has two deleterious consequences:
• A less efficient use of roughage for energy supply: a too-low pH causes an imbalance in the bacterial population. Reducing fibre-fermenting species leads to a decrease in fibre-digestibility and subsequent VFA production.
• Negative effects on horse health: Digestive acidosis can trigger diarrhoea, colic, or laminitis. It can also cause gastric ulcers (EGUS), leading to behavioural disorders, which can be painful.

Given at more than 5g per day, per horse, Actisaf® Sc 47 improves feed energy yields by rebalancing the digestion of diets which are too rich in starch.

As a live yeast strain surviving to digestion, Actisaf® Sc 47 is a probiotic which helps to improve intestinal microbial balance in its host. In horses, Actisaf® Sc 47 yeast live cells reach the hindgut where they reinforce normal microbial digestion. They also help to maintain an adequate digestive pH, post-feeding, probably due to a reduction in lactic acid-producing bacteria and an additional buffering effect. As a result, fibrolytic activity is enhanced, increasing fibre digestibility and VFA production [Graph 1]. 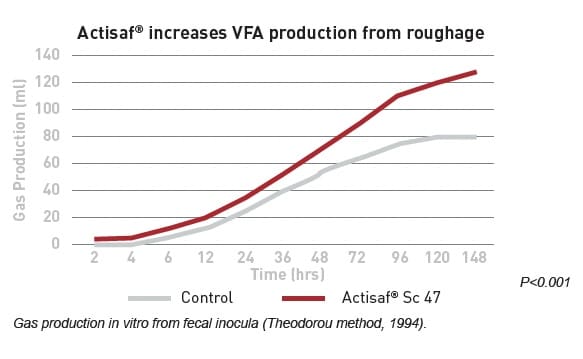 In horses, VFA’s are the major fuel source for peripheral tissues, including muscles. Consequently, a higher VFA production helps strengthen and improve sporting abilities and performance.

Actisaf® Sc 47 improves sporting skills in horses when given at a daily dose of 10g.

By improving dietary energy yields, in the form of VFA’s, Actisaf® Sc 47 stimulates metabolism and reinforces the energy stock that a horse will use during periods of extra effort. This potentially results in increased levels of performance and a delayed onset of fatigue.

1. Higher blood oxygenation capacity during periods of intense work.
Hemoglobin rates reach higher levels in horses whose diets are supplemented with Actisaf® Sc 47. This improves the horse’s ability to supply its organs with oxygen during periods of extra effort. 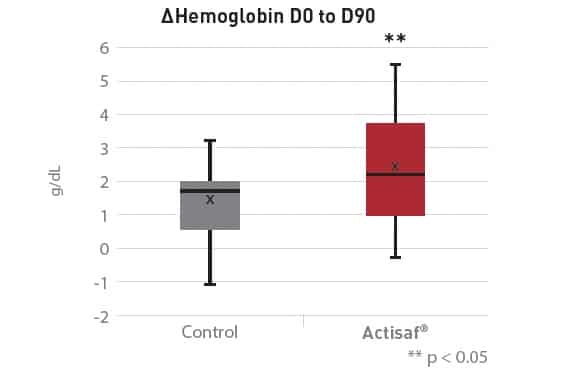 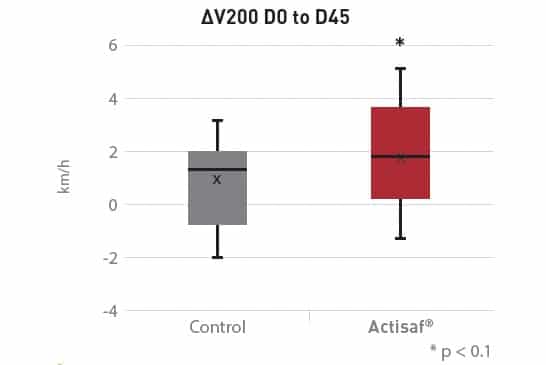 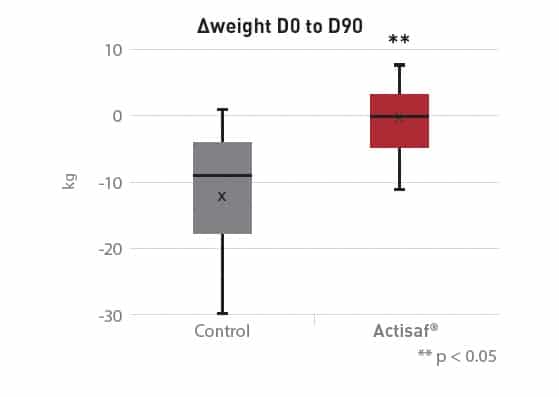 Horse activities require increased energy supplies derived from concentrates which are rich in starch. Through its probiotic properties, Actisaf® Sc 47 can maintain a healthy digestive microbiota to help enhance diet-based energy yields, buffer the effects of excess starch, and stimulate the metabolism to improve tolerance during periods of increased effort. This helps horses to achieve better training performances.